I have been thinking about the Festival of Purim  (see the Book of Esther), and reflecting upon the fact that the wicked Haman and his ilk are still among us in the world today. In every generation from the beginning of time, it seems there is a ‘Haman’ who resolves to wipe out the nation that God calls ‘His chosen ones’ – (see Isaiah 49:3-8).

Pharaoh’s attempts to destroy this nation brought about the demise of Egypt and Pharaoh’s destruction.  Haman’s conspiracy to destroy this nation which would bring forth the Messiah, led him to his own gallows.  Hitler’s attempt to wipe out the Jewish people to prevent the rebirth of the nation of Israel in readiness for the coming ‘King of the Jews’ brought about his own demise and the subsequent partition of his own land – (the Berlin Wall). And now in the news media we can read and hear about a Middle Eastern President declaring that Israel will be “wiped off the map before the end of the year (2012)” – this following the announcement of three ‘breakthroughs’ in uranium enrichment!

However, Israel not only battles with radical Islamic Jihad and the Islamic Arab mindset which makes Israel the ‘scapegoat’ for all the ills of the Middle East, but they must also battle an over-zealous media focus and media bias which has created international scorn and criticism. In the media and in the courts of international affairs, Israel is held to a level of scrutiny and standards imposed on no other country today.

So, how do we respond as followers of Yeshua HaMashiach (Jesus Christ), the ‘grafted in’  members of the house of Israel? (See Romans 11).

I believe we need to be praying and crying out to God as instructed in the Scriptures, that the God of Truth would reveal all truth, and that indeed, He would not rest until He makes Jerusalem a praise in all the earth! (Isaiah 62:7).

Psalm 129 (NIV)
“They have greatly oppressed me from my youth,” let Israel say; “they have greatly oppressed me from my youth, but they have not gained the victory over me. Ploughmen have ploughed my back and made their furrows long. But the LORD is righteous; he has cut me free from the cords of the wicked.” May all who hate Zion be turned back in shame. May they be like grass on the roof, which withers before it can grow; a reaper cannot fill his hands with it, nor one who gathers fill his arms. May those who pass by not say to them, “The blessing of the LORD be on you; we bless you in the name of the LORD.”

·         “Lord, show Your mercy and favour to Israel in this set time.” (Psalm 102:13). Pray for the current leaders in Israel, including the prime minister and all those in military service. Pray the Lord would raise up leaders in Israel (and worldwide) who will not seek to “divide the land,” and who would recognise the unique significance of Jerusalem in God’s end-time purposes.

·         Let them all be confounded and turned back that hate Zion. Let them be as grass upon the housetops, which withers before it grows up. (Psalm 129:5–6) Lord, deal justly and swiftly with Your enemies.

·         We pray that, in the midst of the pressures, the people of Israel will turn to You, God. We pray that You will hear the heart cries of people in this land and have mercy. As it says in Isaiah 30:19, “He will be very gracious to you at the sound of your cry. When He hears it, He will answer.”

·         Pray the Lord would pour out His Spirit upon the people of Israel - especially upon the young people so that His works can be declared to future generations.

I believe this is true, and therefore as we continue to monitor the situation regarding a possible war in the Middle East, I feel we need not only to stand on the Word of God regarding Israel, but to proclaim God’s Word regarding this potential international crisis, which will not only affect Israel and the Middle East, but ultimately the whole world. 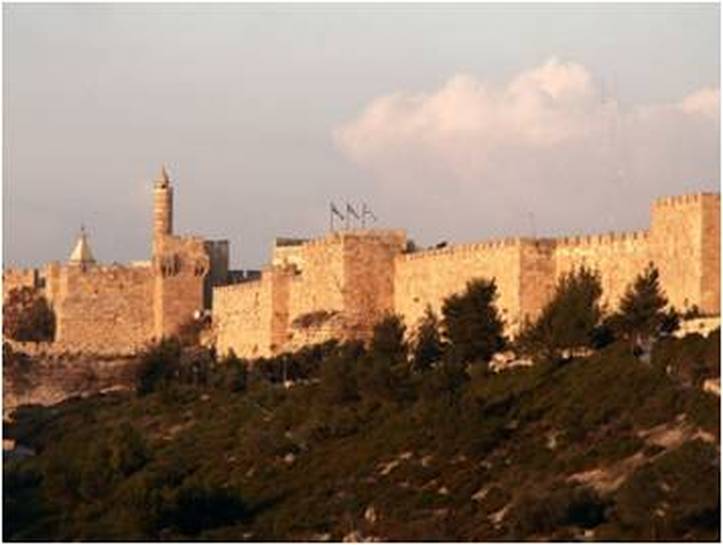 Pray for the peace of Jerusalem: “May those who love you be secure.  May there be peace within your walls and security within your citadels.” For the sake of my family and friends,
I will say, “Peace be within you.”
For the sake of the house of the LORD our God, I will seek your prosperity. (NIV)